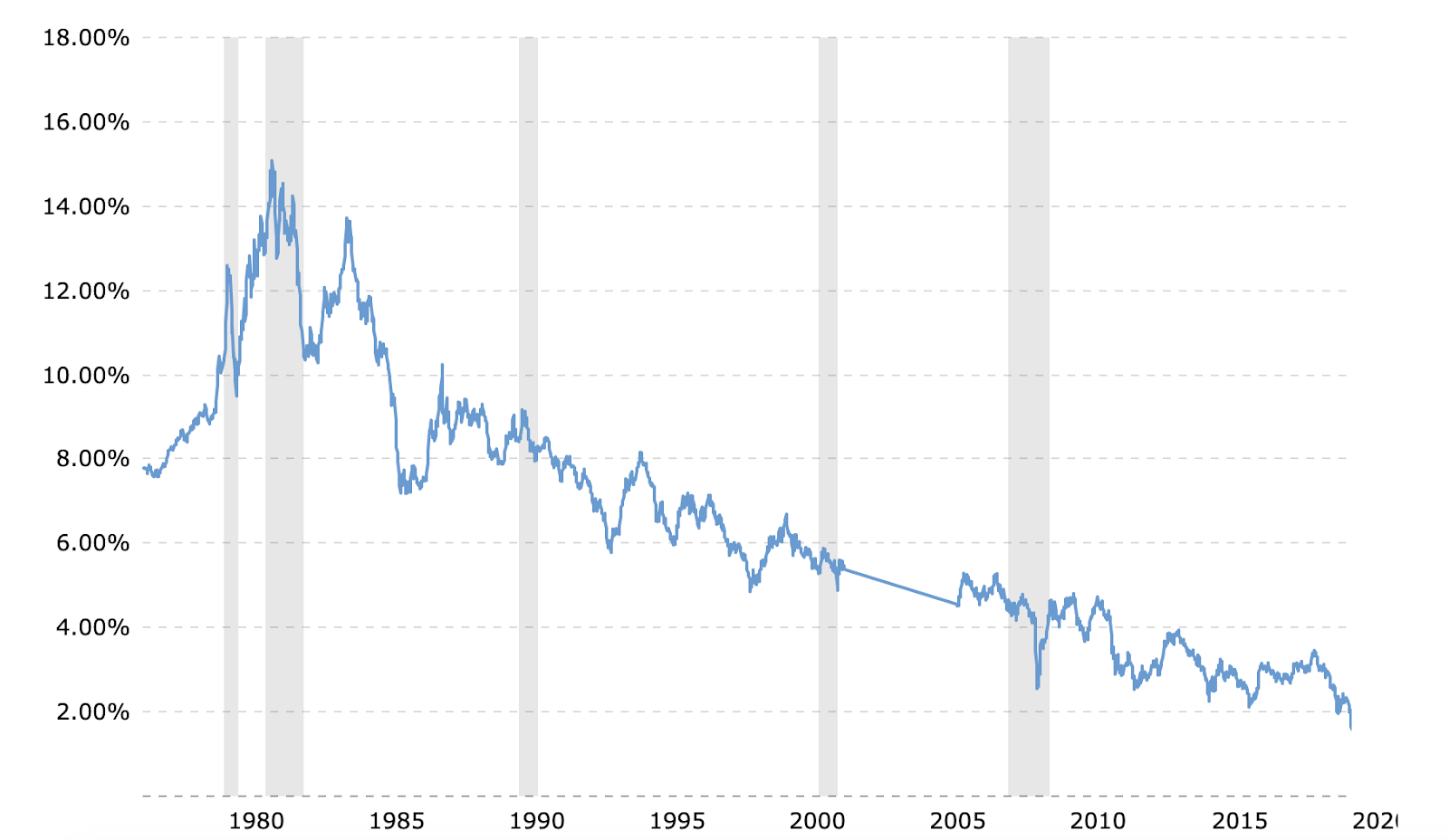 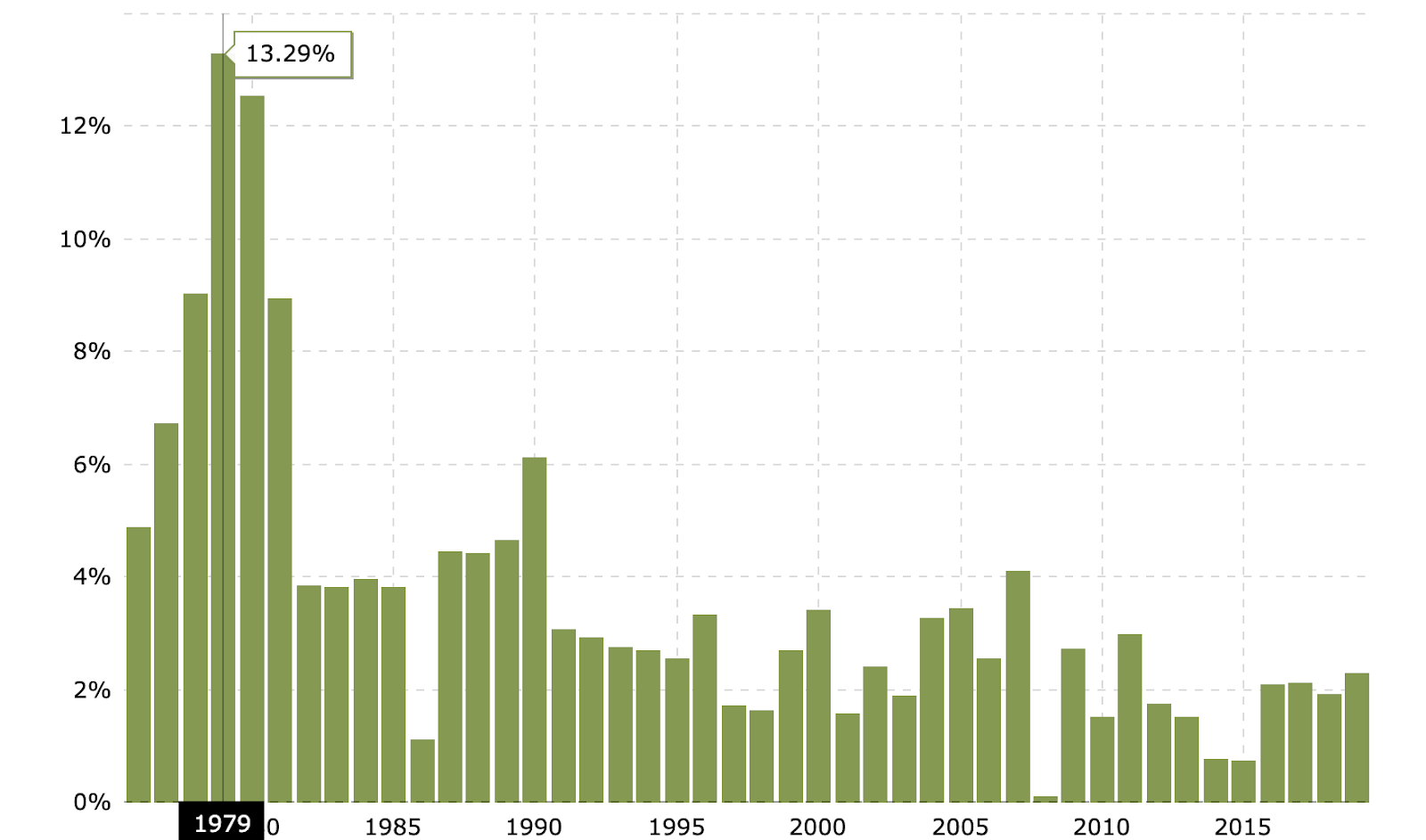 I'm still not sure what this means. What’s good, what’s bad? 14% back in the 80s was bad, because it went with high inflation. But even then, the real, inflation-adjusted rate was a few percent.

The real rates are now negative for the first time ever. As far as I can tell, this reflects a lot of uncertainty or pessimism. Tons of cash looking to minimize risk, even at negative real rates. It reflects lower population growth and an aging population. Above all, it reflects a failure of imagination. Finance world does not have any confidence in future growth and cannot think of enough productive ways to allocate money.

It feels like we’re at an impasse. We have obvious needs. We have third-world problems in our wealthy country. We have gaping infrastructure and education needs. And yet the collective finance world, the people we’ve delegated tons of power to since Reagan, don’t know how to meet those needs.

Decades ago, we had enough confidence in our future that we could deploy capital at scale with a strong expectation of at least a few percent real return. Apparently not today.

--
Ronald Reagan had a few catchphrases he liked to toss around, things he said that seem to get worse and worse with each additional year of hindsight.

The scariest ten words in the English language... I'm from the government and I'm here to help you.
He liked to talk about "starving the beast". Well, maybe he succeeded.

We’re seeing that the markets-only approach has hollowed out government institutions. It shows up in a feckless FTC that's no longer enforcing antitrust. It’s showing up dramatically in our response to Coronavirus. It showed for years in our inability to execute infrastructure projects competently.

We have a have a government that can borrow vast sums for cheaper than free, but can't build a train from LA to SF. We tried--voted for a big bond, earmarked more money than comparable rail projects in other countries, spent a multiple of what we earmarked, then gave up unfinished.
If you sap all the real power from an organization, then the kinds of people who are smart and have some vision for the future eventually evaporate. US has a lot of those. We once had them in government, but not so much today. So what’s left? Bureaucrats. Institutional decay is hard to reverse. You can’t just re-empower the hollowed-out org. The people who could wield that power competently and responsibly are no longer there.

Not sure how we fix this. It feels like a vacuum of leadership. In the public sector, we don't have the institutional capability we once had, nor does the public have much pride in our government. In the private sector, we've delegated tremendous power to the finance industry, which wields that power without much imagination and without any overarching plan.

We need a changing of the guard. But right now, it's totally unclear where the new ideas will come from.