My challenge: I'm trying to get a computer that doesn't suck

Like lots of people I spend about half of my waking life on my laptop, so this really matters.

However, I don't want a Mac.

Apple has great design, but they sell things that are locked down, both physically and in software. You're not supposed to open them, you're not supposed to replace parts, and if they break you're supposed to take them to your nearest "Genius Bar". Not my style. Also, Apple makes beautiful hardware, but their software is getting worse.

Whatever your opinion about Apple, we can agree that there should be a least one good alternative.

No problem, I thought, I'll get a PC

So a year ago I bought a System76 Galago UltraPro, because it's fast and sleek and it comes with Ubuntu. It's also modular and hackable, easy to take apart and put back together.

Unfortunately, it turns out System76 doesn't actually make their own stuff. The Galago is just a rebranded Taiwanese Clevo W740SU. Here's my Clevo compared to one of iFixit's Macbooks: 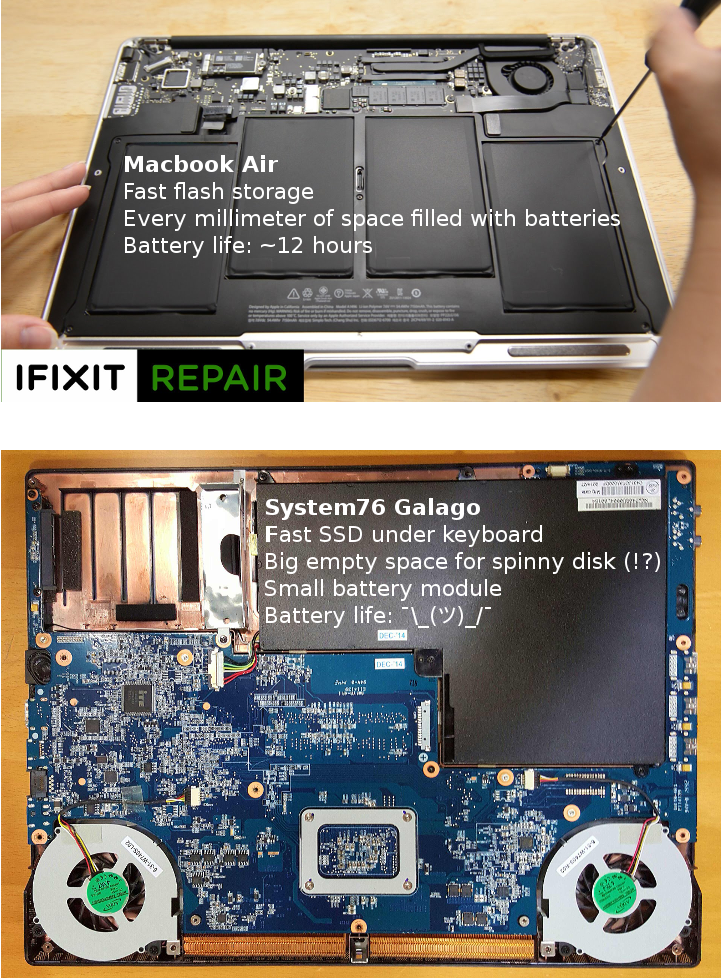 Like most computers that don't have a glowing white apple on the back, the Galago has questionable build quality. It's made of plastic, the screen flexes a lot, and the battery lasts three hours on a good day.

No problem, I thought, I'll get a Thinkpad

Lenovo is pretty much the only PC manufacturer that has a reputation for good industrial design and quality hardware. So I went to their website to see what I could buy. 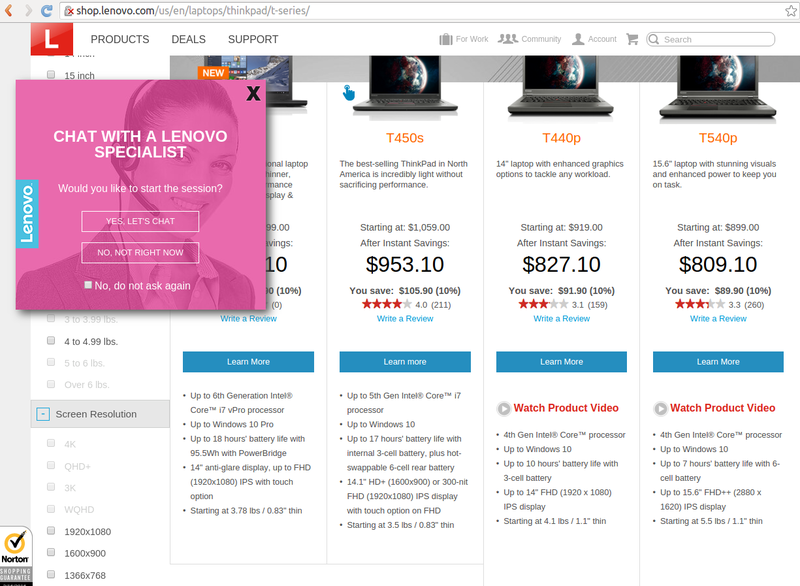 Wow, that is some bad web design. Tons of fonts and colors. Tons of tiny text. Popups. And that's just one of their many series. They display low ratings for their own products on their own website. What.

For example: I did my own research. For what I need, their best computer by far is the 2016 X1 Carbon, which Lenovo introduced at CES recently. It is thin and beautiful, it's solidly built, it has ten hours of battery life and a screen sharp enough that Apple would call it a Retina display. When is it coming out? 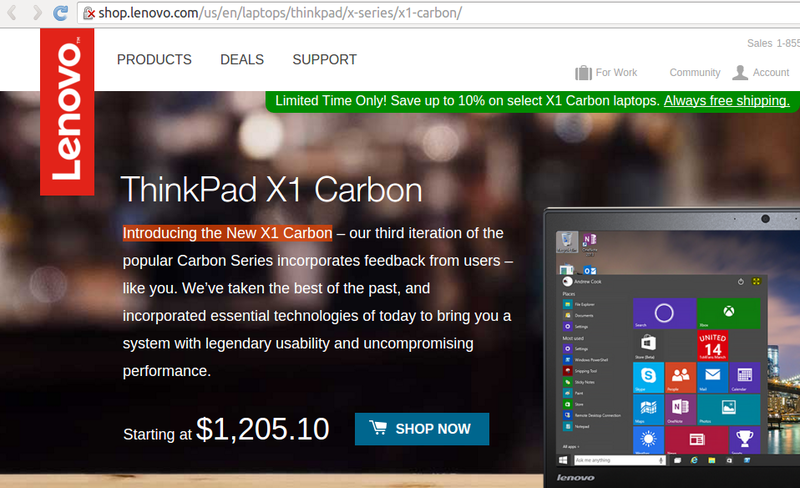 Except that page is deceptive, because that's actually the old X1 Carbon, with a low res screen and without the new Skylake processor. The new X1 Carbon will ship later this month according to third party news sites, so buying the old one today would be a bad deal. Intentionally or not, Lenovo's own product page tries to trick you into doing just that.

Then there's the part where Lenovo, like most PC manufacturers, bundles crapware with every computer they sell. A few months ago, in a perfect storm of malice and incompetence working together in a big corporate environment, they went one step further and decided to factory-install straight up malware. They completely broke HTTPS and left their customers insecure--all to further "monetize" you by injecting extra ads into websites you visit.

The 2016 X1 Carbon still looks really good, but after all that I would rather not give Lenovo my business.

It's downhill from there.

Lenovo comes closest to Apple in building quality hardware. Other PC manufacturers, like Acer and HTC and HP, have the same problems Lenovo has, but with worse build quality and an unfortunate penchant for injection-molded plastic. Their designs look cheap. The Microsoft Surface is well built, but that's a tablet, not a laptop. The Chromebook Pixel is good, but that's not a full PC, it's a limited system designed to run Chrome and Chrome Apps.

Conclusion: everything sucks... so far

What I want is a computer with:

Is that too much to ask? Make one and you can have my money!